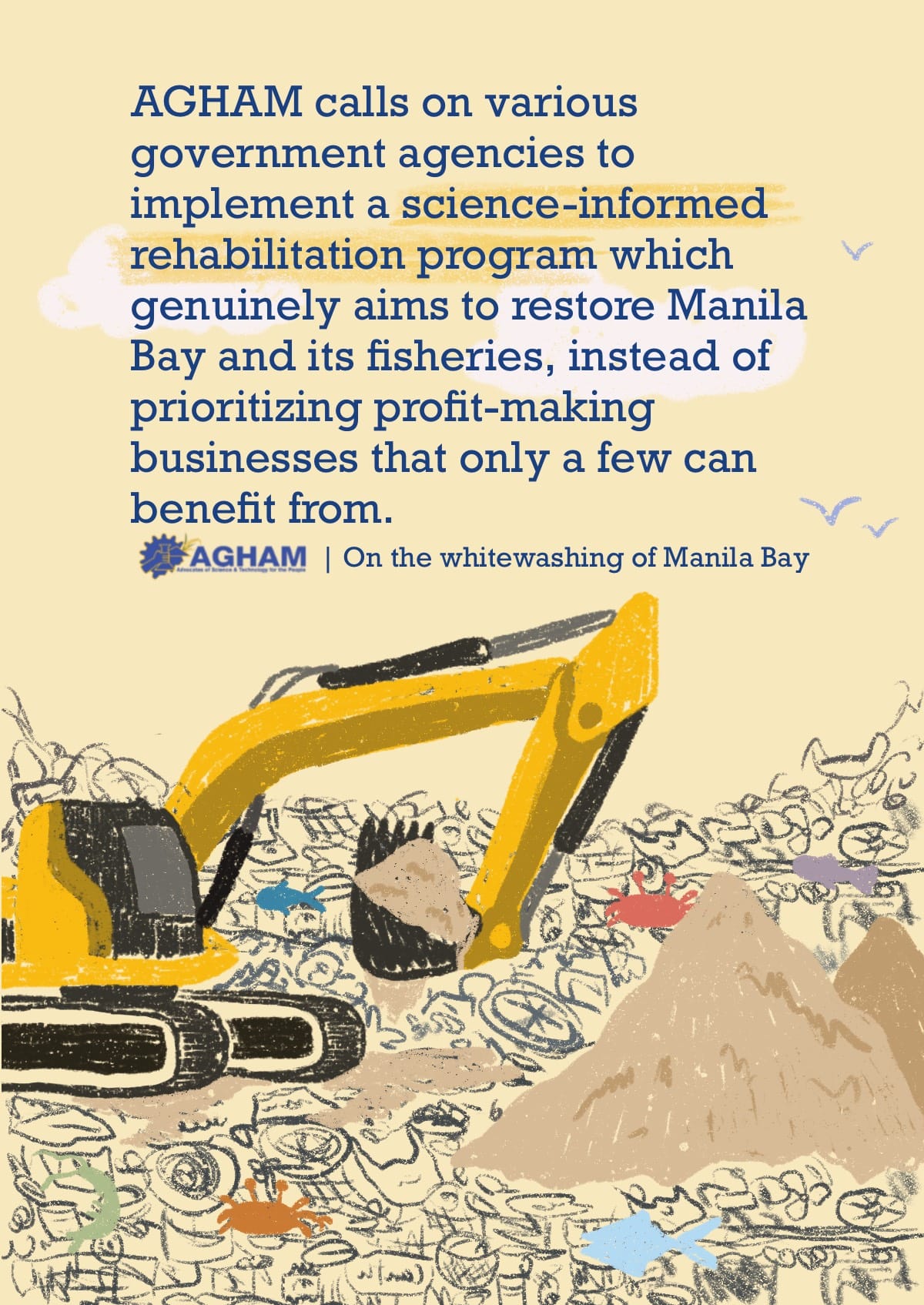 AGHAM – Advocates of Science and Technology for the People warns against the ongoing dump-and-fill activity along Roxas Boulevard implemented by the Department of Environment and Natural Resources (DENR) and Department of Public Works and Highways (DPWH) which started in late August. According to DPWH Undersecretary Roberto Bernardo, around 100 meters of shoreline will be filled with sand as they plan to reopen the area for recreational purposes on September 19 this year.

This is not the first time coastal rehabilitation has been used to greenwash other agenda in Manila Bay. Promises of coastal rehabilitation cannot hide the fact that San Miguel Corporation’s Aerotropolis in Bulacan is paving the way for the destruction of the few remaining patches of mangroves in the area, as was the case for the Sangley Airport in Cavite. Both reclamation projects pushed through, despite Duterte’s pronouncement several months ago that he will not allow any reclamation activities in Manila Bay. If the government wants to genuinely restore Manila Bay, it should start by conserving the remaining patches along the bay.