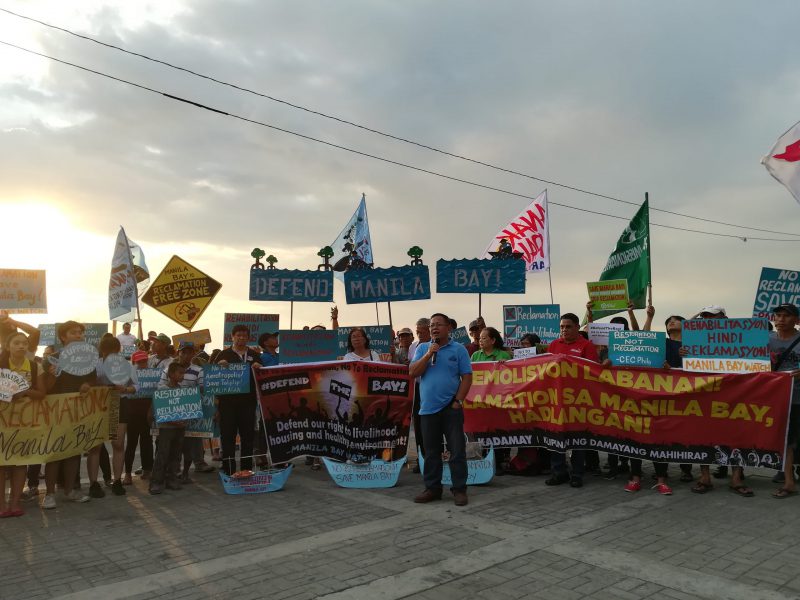 ADVOCATES OF SCIENCE AND TECHNOLOGY FOR THE PEOPLE (AGHAM)

The Advocates of Science and Technology for the People (Agham) calls on Environment Secretary Roy Cimatu to revoke the environmental clearance certificate (ECC) issued to Silvertides Corp., contracted by San Miguel Corp. to begin its Bulacan Aerotropolis project along the northern coast of Manila Bay through massive land-filling activities.

We believe that the ECC was issued without the Department of Environment and Natural Resources (DENR) carefully considering informed opinions on the detrimental impact of coastal “land development” to peoples and the environment. We also believe that the opposition to the coastal developments by residents, fisherfolk, environmentalists and even local and national government officials was taken for granted.